Dec. 8, 2016. Various things inspired the writing of Arboria Park, but the main one was the place I grew up and lived until I was 12 years old: Rodney Village, near Dover, Delaware. That’s my house on the cover of the book. The photo was taken in 1958, soon after we moved in (I was about 2 months old). The real house was gray, and my father’s Studebaker in the driveway was dark green. Like Tom and Evelyn in the book, my parents faced a housing shortage when they moved from Maryland to Dover while my mom was expecting me.

Rodney Village was one of a number of developments responding to the need for housing around Dover. Most of our neighbors were Air Force folks, which led me to expect that my friends would usually move away. Initially, as is often the case with new neighborhoods, people tended to be close and know everyone around them, but the transience of the Air Force families (and later people who worked for General Foods, who often got transferred) broke down some of that cohesion over time.

We moved to another neighborhood about a mile away in 1970. That neighborhood was in the city of Dover, which made a world of difference. The main one for me was that we could finally use the public library, but it meant a difference politically too. My parents now voted in city elections and followed local matters more closely. Our new development had a civic association, as did others around us, which meant a bit more political clout. This would become important later on.

My mother died in 2013, and my brother Mark and I were faced with cleaning out, fixing up, and selling her house. She had become something of a hoarder, so it was an 18-month ordeal. During that time, we became aware that an entire street in nearby Rodney Village (Charles Polk Road) was marked for demolition, to make way for a connector road from West Dover (where major development had been going on for years, including dozens of housing developments, shopping centers, medical complexes, and even the new public high school). Various routes had been discussed and discarded; the local civic association in my mom’s neighborhood had been actively involved in blocking another route close to her house (fortunately a historic farm and an elementary school made that possible route unworkable). My husband’s cousin, a local judge, was also involved in building awareness and political pressure in that southernmost section of Dover as a final route was decided upon.

I believe one reason Charles Polk Road was chosen was because, unlike the middle-class neighborhoods where my mom and Roland’s cousin lived, Rodney Village was in an unincorporated area outside the city, home to many renters,and  becoming a bit run down. In short, it lacked political clout. For whatever reason, during the summer of 2013 Mark and I watched in fascination as people moved out of the houses, which were then boarded up and marked for demolition.

Several times as I left to drive home, I’d detour over to the Village to see what was happening, only to spot Mark’s car already there (or vice versa when he followed me). All of the south side of the street was slated for demolition. One house had been home to some childhood schoolmates of mine. Another had belonged to our mother’s best friend, who originally lived across the street from us (her husband was the realtor who sold my parents their house). Her family had moved to a larger split-level on Charles Polk Road in the late 1960s, and she died in a car accident in 1970. So we felt a personal connection to the street, arguably one of the nicest ones in the neighborhood. I took photos of several of the houses. 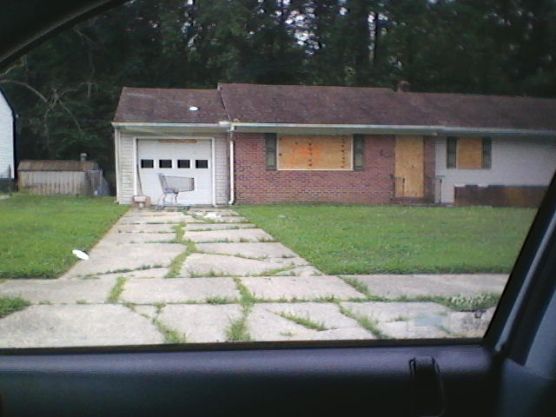 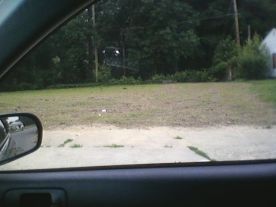 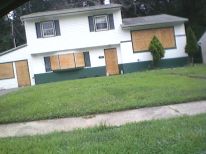 I thought a lot about Rodney Village in the coming months, and about what a good story the neighborhood’s history would make, from the time it was a farm field until it was threatened with destruction. Eventually I got the idea to tell it through the lives of a family who, unlike mine, had kept ties to the community from its inception to the end. As the story coalesced, I realized I needed to go beyond Rodney Village and Dover itself, in order to bring in some other elements, like racism, economic dislocation, and the tensions between towns and universities. I live outside of Newark, Delaware–a college town, with its own odd housing history. My house is in another 1950s housing development. Like the fictional Arboria Park, it is a few years older than Rodney Village. While it has had its ups and downs, it has held on as a remarkably diverse, stable community. I plunged into finding the history of similar communities to further inform the story, and I added some imaginary sections to my visualizations of Arboria Park. One was based on a duplex development, built in the 1940s, where I lived briefly in the 1980s (George Read Village in Newark, originally built for munitions plant workers during World War II–like Rodney Village, its history related to military concerns and its streets were named for Revolutionary era Delaware patriots). Houses like the ones in George Read Village became “the Pines,” a section of Arboria Park that’s always just a little bit poorer, odder, and rowdier than the rest of it, and where succeeding generations of girls in my imaginary family (Mary, Stacy, and Autumn) go to seek both trouble and salvation.

One major reason I wrote this book was because this part of suburbia isn’t portrayed often. Look up literature about suburbia, and it’s either very upscale, vaguely 1950s in nature (see Cheever, Yates, or George Costanza’s comment in Seinfeld about “stockings, martinis, and William Holden”), or about its banal, cookie-cutter, Levittown sameness. There’s not much from a working-class perspective, or that acknowledges that some of us have vivid, even good memories of growing up in this slice of Americana, despite its shortcomings and dangers.

So I took my old neighborhood, my current one, and some knowledge of 20th-century culture, music, and architecture and mixed in an actual event (the building of a road), and some flat-out imagination. (Part of Arboria Park’s history is that it is a hotbed of punk rock music from the 1970s on. Which my real neighborhoods, to my knowledge, never have been. I’ll be getting into how punk rock influenced/created this novel in a future post.)

Later on, closer to book publication time, I will also post some short stories set in Arboria Park. These will be tales of eras and people not covered in the book, though some minor characters from the novel will play a bigger role in these stories.